So today we planned to go to Venus Fort, a very nice looking shopping mall, we first stopped at the park close to the mall and rainbow bridge and took some pics. Then it was time to move on. We walked and walked and finally saw the name Venus fort. As we were walking towards it I saw a transformer statue so amazing that we had to go and take some pictures of it. That’s where we discovered a well hidden mall:

So we went there first and boy did I buy amazing clothes there! I will reveal them later on. I also bought some adorable souvenirs, candies, snacks and stickers. When it was time for lunch we went to a super adorable maid cafe, it was a very interesting experience sine they kept calling me queen and applauding everytime I told them the food was nice. They were
basically hanging around us and other guys who were eating there as well. Asking stuff and starting conversations. Here are some pictures from there and a flowery beautiful tree we spotted at the park nearby: 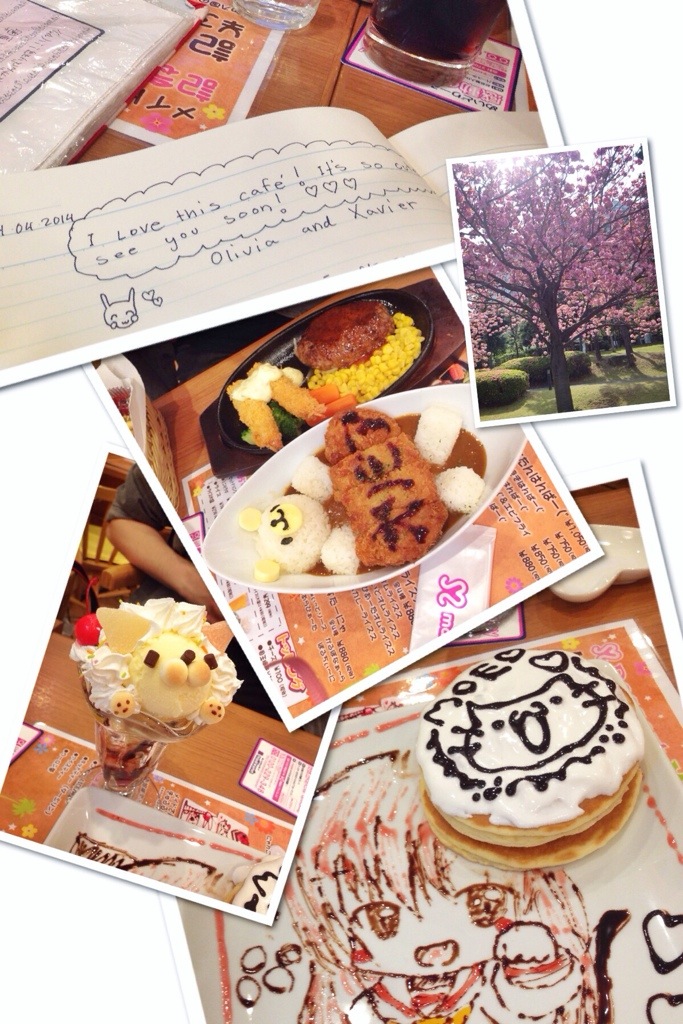 In short it was a very nice day that also ate most of my energy. I will now try to study to get something productive done. (─‿‿─)